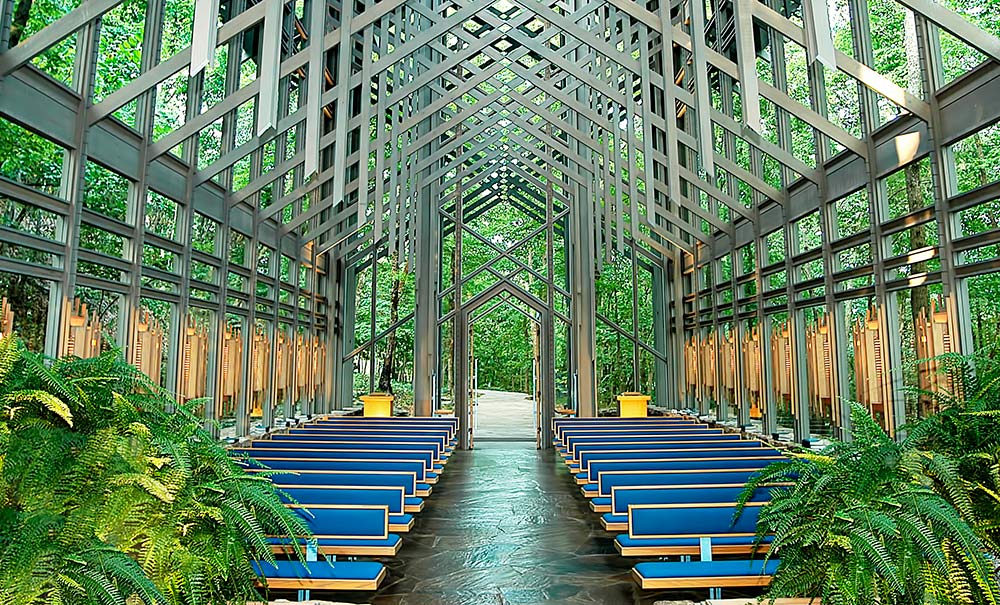 Thorncrown was the dream of Jim Reed, a native of Pine Bluff, Arkansas. In 1971 Jim purchased the land which is now the site of the chapel to build his retirement home. However, other people admired his location and would often stop at his property to gain a better view of the beautiful Ozark hills. Instead of fencing them out, Jim decided to invite them in. One day while walking up the hill to his house, the idea came to him that he and his wife should build a glass chapel in the woods to give wayfarers a place to relax in an inspiring way.

Shortly thereafter, Jim met architect E. Fay Jones. Much to Jim's surprise, Jones was quick to accept the proposal to design the chapel. On March 23, 1979, the construction crew broke ground on the mountain side. Jim's dream looked like it would soon be a reality.

However, halfway through the project, funds began to run out. Soon the building process ground to a halt. Jim began to believe he had made the biggest mistake of his life. He desperately tried to raise the necessary funds to complete his dream, but all his efforts failed.

Finally, one evening Jim took what he thought would be one last walk down to his half-finished chapel. He would take one last look and never return. Then the unexpected happened. Describing his experience Jim said, "I am not proud of the fact, but the first time I ever got down on my knees was on the chapel floor. I prayed more seriously than ever before. All the trials and tribulations gave me the humility to get on my knees." That evening Jim reached the end of himself, but he soon found that God’s kindness had just begun. A few days later, a generous woman from Illinois provided a loan, allowing Jim to finish his dream. On July 10, 1980, Thorncrown Chapel opened. Since then people from all over the world have come to visit the little chapel in the woods.

Today Thorncrown’s purpose is not to point to what a great man did for God; its story is about what a great God did for a man He loved. This is the plot and potential of everybody’s story. When you visit the chapel, we pray that you would encounter not just a beautiful building, but the God who longs to fill your life with the beauty of His presence.

The chapel is located on Highway 62 West just outside of Eureka Springs, Arkansas. There is no admission fee, but donations are accepted. Every tour group will receive a presentation telling the story of the chapel. There is ample parking for buses and RVs. So, while in the Ozarks, stop by what many have called one of the most beautiful and inspiring chapels in the world. It will be a visit you will not soon forget. 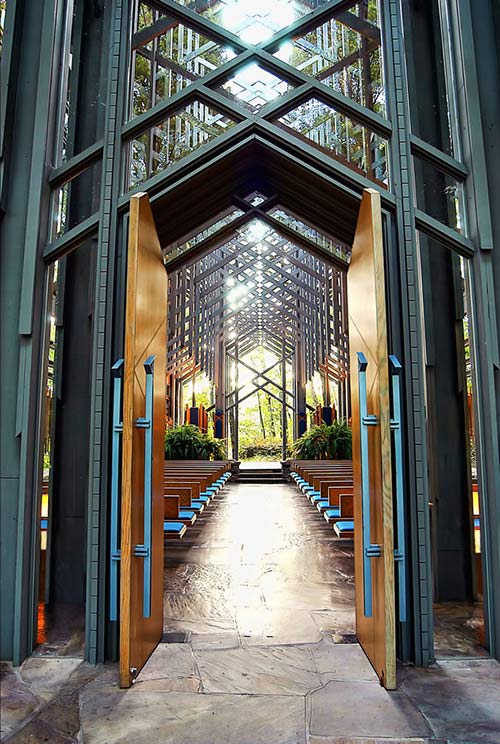 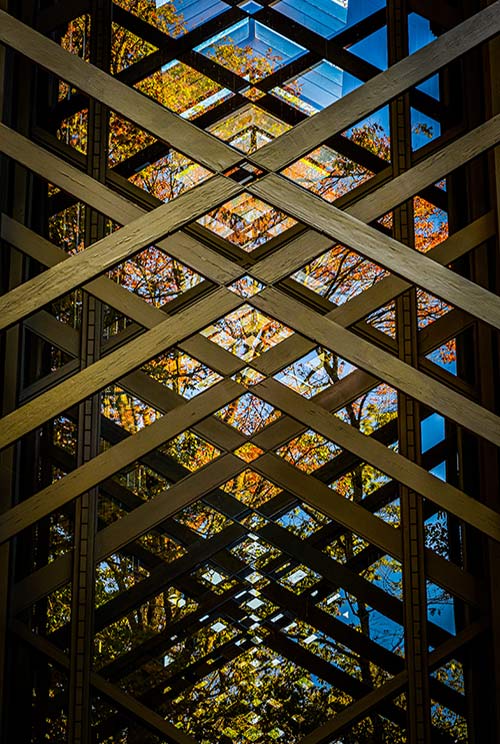 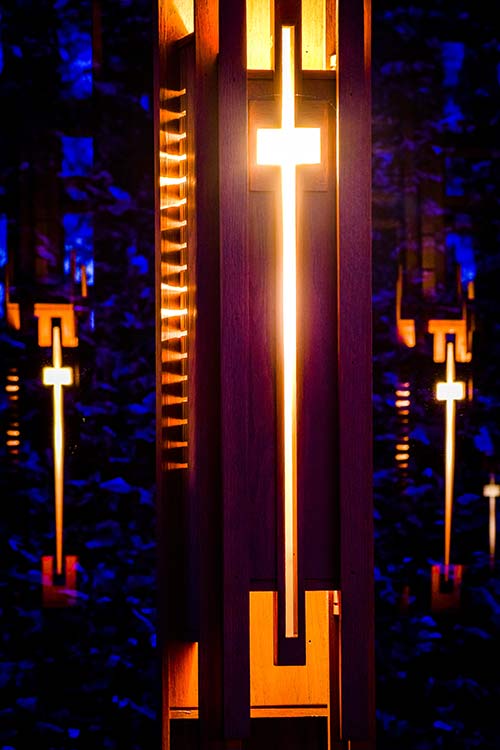 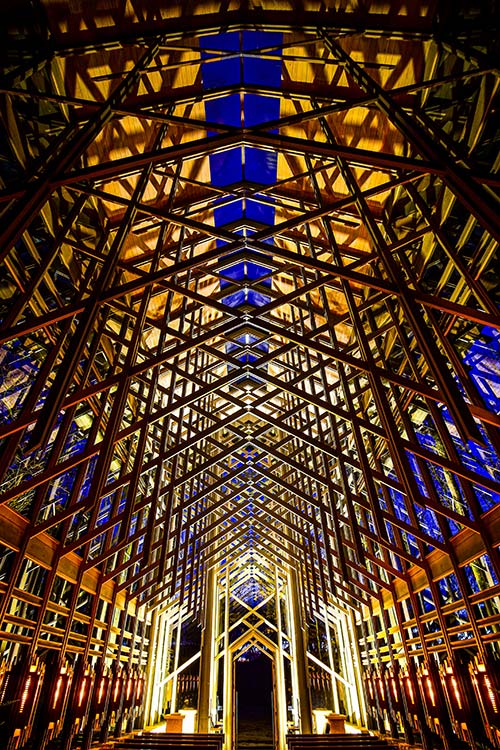 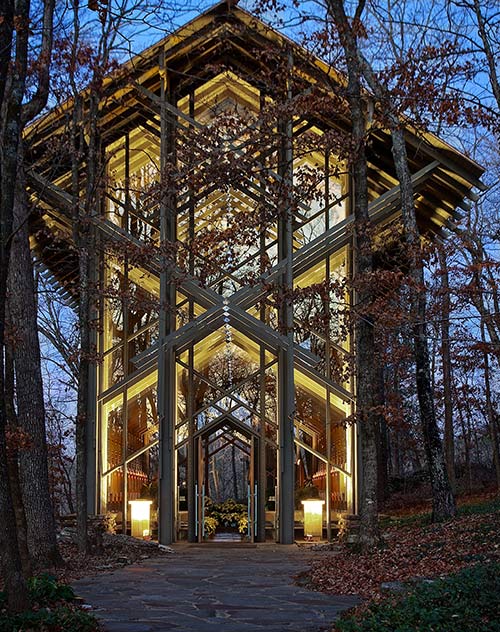 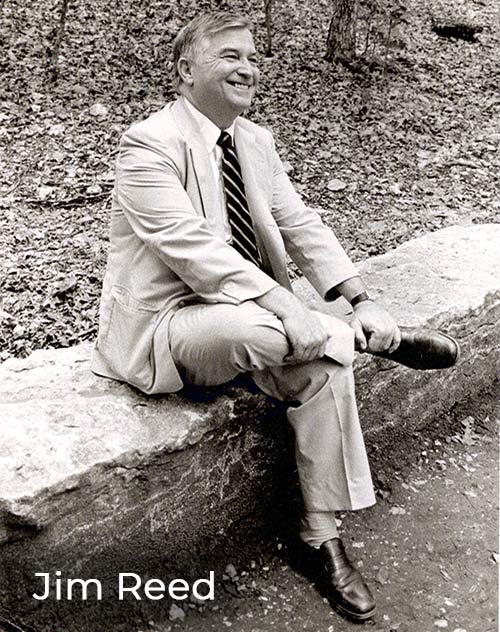