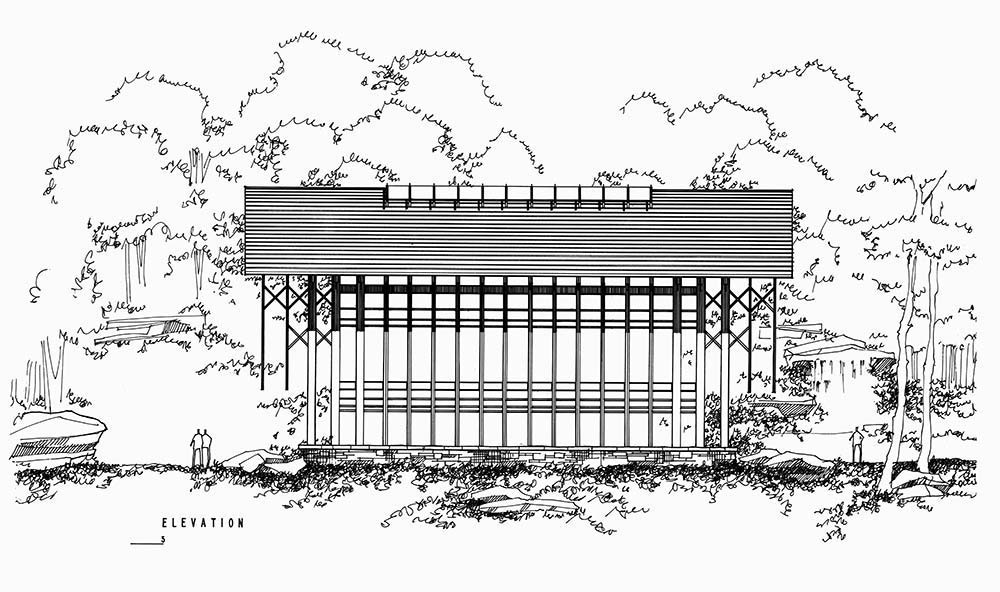 Thorncrown Chapel was designed by world renowned architect E. Fay Jones. Fay was born in Pine Bluff, Arkansas in 1921. He studied at the University of Arkansas, Rice University, the University of Oklahoma, and finally under his mentor Frank Lloyd Wright at the Taliesin Fellowship.

The inspiration for Thorncrown Chapel was Sainte Chappelle, Paris’ light filled gothic chapel. Fay affectionately labeled Thorncrown’s style as “Ozark Gothic.” The chapel rises 48 feet into the sky with over 6,000 square feet of glass and 425 windows. Its dimensions are 24 feet by 60 feet. The chapel is made with all organic materials to fit its natural setting. The only steel in the structure forms a diamond shaped pattern in its wooden trusses. The building has a native flagstone floor surrounded with a rock wall which gives the feeling that the chapel is part of its Ozark hillside.

In order to preserve Thorncrown’s natural setting, Fay decided that no structural element could be larger than what two men could carry through the woods. The building materials are primarily pressure treated pine 2x4s, 2x6s, and 2x12s. The larger elements of the building such as the trusses were assembled on the floor and raised into place.

Light, shadows, and reflections play a major role in Thorncrown’s ambience. Because of the chapel’s elaborate trusses and the surrounding trees, constantly changing patterns of light and shadows appear during the day. At night reflections of the crosses in the lights appear to surround the entire building. Consequently, Thorncrown never looks quite the same. Its appearance changes during each hour of the day and during the different seasons of the year.

For those researching Thorncrown Chapel or Fay Jones, we recommend the following resources:

"Shadow Patterns: Reflections on Fay Jones and His Architecture" by Jeff Shannon (Editor)

"Outside the Pale: The Architecture of Fay Jones" by Dept. of Arkansas Heritage

"Sacred Spaces: The Architecture of Fay Jones" by Larry Foley

For pictures of Thorncrown Chapel while under construction and detailed drawings:

For information about Fay Jones and Thorncrown Chapel:

Students who need additional drawings of Thorncrown Chapel for models and other projects may contact the Arkansas Architectural Archives at the University of Arkansas through the web pages above. 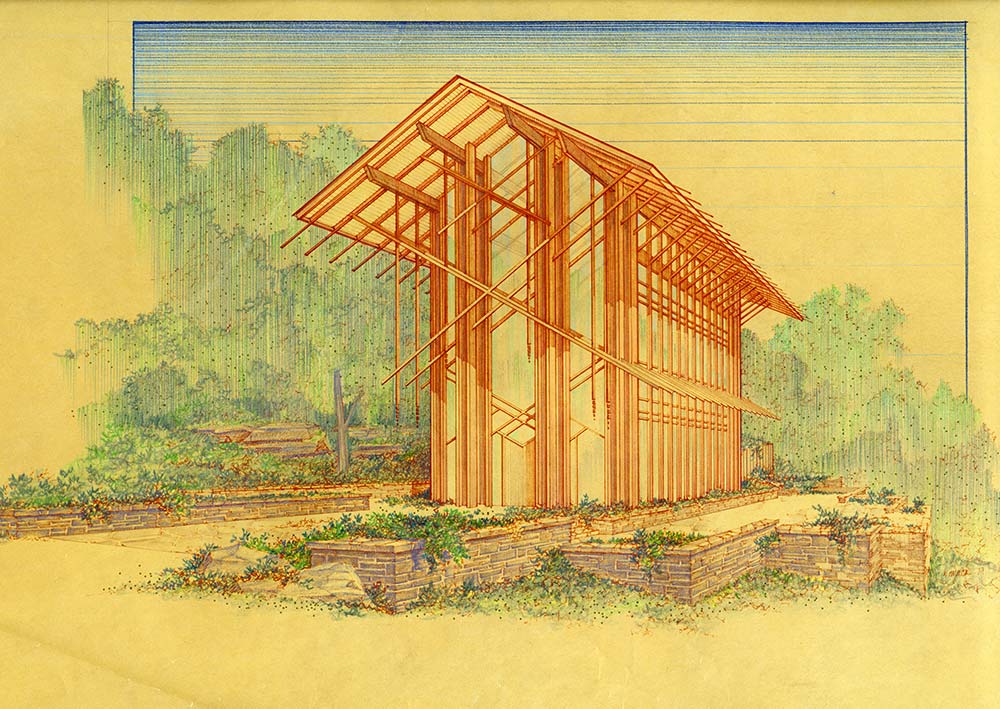 Images courtesy of the University of Arkansas